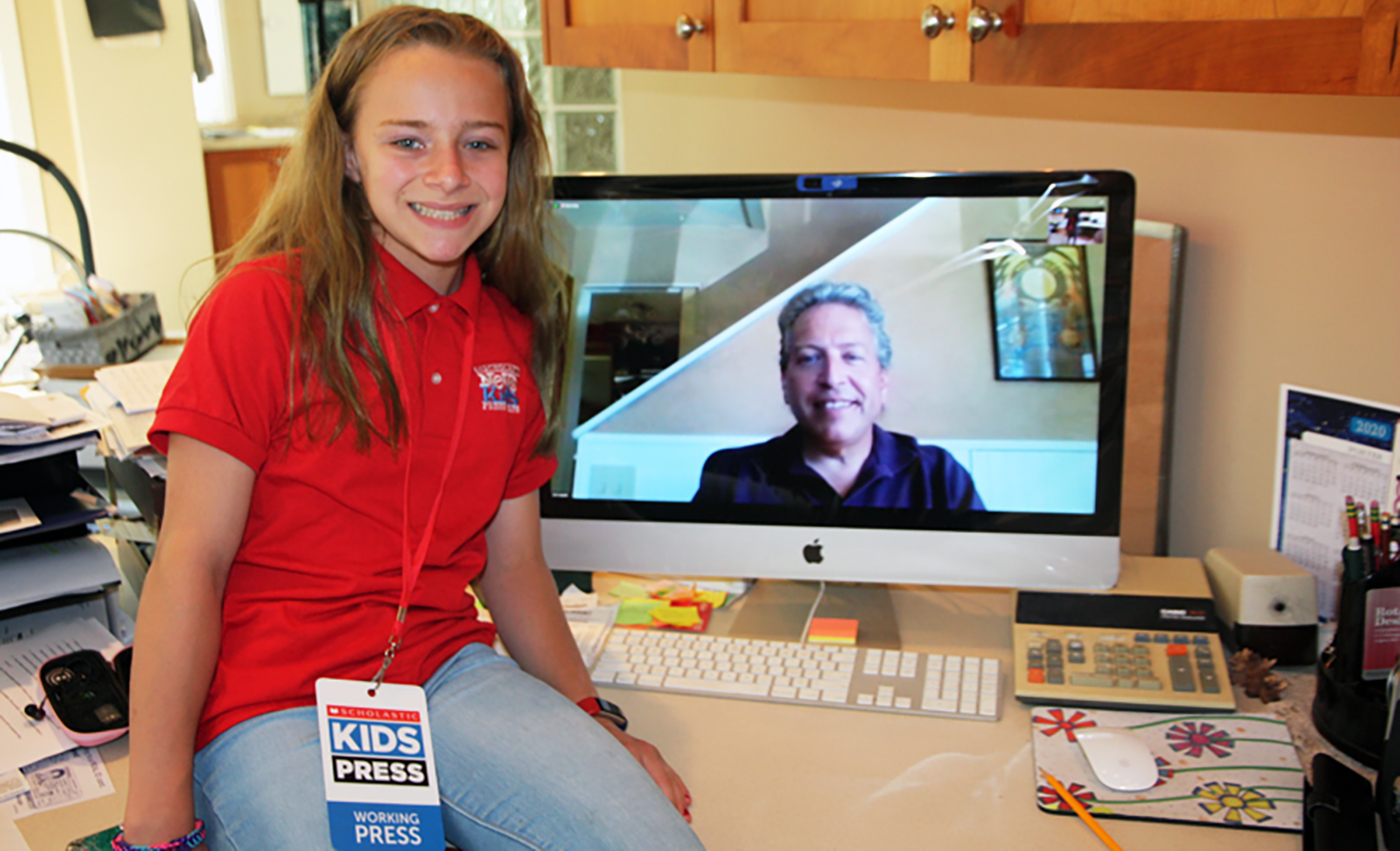 Ella recently spoke via Zoom with John Leopold, who represents the First District on the Board of Supervisors in California’s Santa Cruz County.

California Prepares for the Presidential Election

Because of the coronavirus pandemic, most people will be able to vote by mail in this year’s election.

On November 3, Americans will elect a United States President. Former Vice President Joseph R. Biden, a Democrat, is running against Republican President Donald J. Trump, who hopes to win a second term. Because of the coronavirus pandemic, which has already claimed more than 156,500 lives in the U.S., many people are asking: “Will we be able to vote safely?”

In my home state of California, Governor Gavin Newsom has signed an executive order making mail-in voting available to all of the state’s registered voters. Other states are planning similar measures.

I recently spoke with John Leopold, who represents the First District on the Board of Supervisors in Santa Cruz County. “We had a plan to go to all-mail balloting already,” Leopold said. Because of the pandemic, the plan will be sped up and implemented for the November 3 election.

In the past, only absentee voters would receive a ballot by mail. Now, on October 28, ballots will be sent to all registered voters in the county. After receiving and filling out the ballot, voters will have a choice of mailing it in or dropping it off at a polling place. Postage is free of charge for voters.

Some voters may wish to vote in person. However, their options will be limited. In the state’s primary elections, which were held on March 3, before the pandemic, there were 150 polling places in Santa Cruz County alone. On November 3, only five polling places will be open.

“Safe takes on a whole new meaning because we don’t want people to be gathering together and spreading the virus,” Leopold said. “It’s actually better to send a ballot by mail than to go into the polling place. Once you congregate with people outside your household, you’re at risk of contracting or spreading the virus.”

Polling places will be available for people who did not receive their ballots by mail or who want to register to vote. Poll workers will also assist individuals with disabilities and those who need help translating information into Spanish.

Some voters simply prefer to vote in-person. “I like the concept of community, and coming out and meeting each other, and seeing why we vote the way we do,” says Cynthia Perez Torres of Watsonville.

Several Republican leaders, including President Trump, have expressed concerns about the security of mail-in voting. But experts say that instances of fraud with mail-in voting are extremely rare. Leopold points out that nearly 70% of voters in Santa Cruz County successfully voted by mail in March.

Those who favor mail-in voting also point out that it allows for a paper trail. “Paper trails last for a long time,” says voter Tim Reed of Corralitos. “You can go back and check votes the same night, the next month, or the next year, and have a record.”

All ballots submitted by mail will be stored in a hermetically-sealed room in the County Government Center until Election Day. The room is airtight and protected from flooding and other potentially harmful conditions.

Once the polls close on November 3, the counting will begin. All voters in California will have up to 17 days after the election to get their ballot to the county center.

Why aren’t votes counted before the election? “You want to be sensitive to the information that is shared because that information might get out, and then it might discourage people from voting,” Leopold explained. “You try not to share too much information about the count until after the polls close so that everybody has the same information, and they are not tilted one way or the other.”