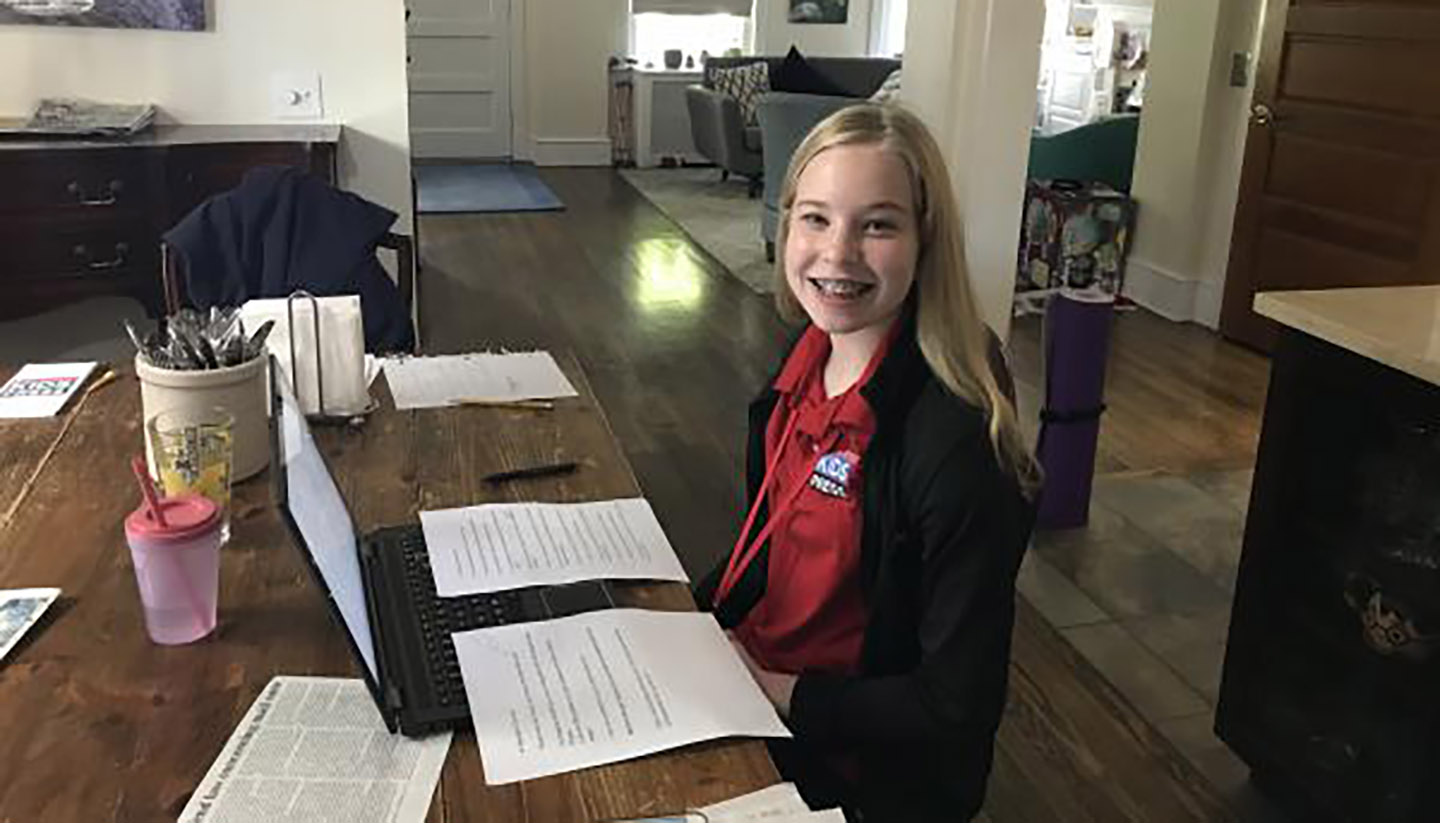 Sophia reports from her home in Delaware.

A Conversation With Senator Coons

Our Kid Reporter asks the Delaware Senator about our democracy, the pandemic, and elevating kids’ voices.

“It’s challenging, it’s engaging, it’s wonderful, and it’s difficult,” said United States Senator Chris Coons. I recently spoke with Coons, a Democrat, via video. Since 2010, he has represented my home state of Delaware in the Senate.

Coons began his political career at the local level. He served as president of the New Castle County Council before being elected county executive. He has been interested in politics since childhood, he said. His second-grade teacher even nicknamed him “Senator.”

Coons described his three key functions as a Senator. “My most important job is representing Delawareans and going to bat for them,” he said. He listens to his constituents' concerns and challenges, and even if they just want to express their opinions.

Coons also works with fellow Senators. “I try to engage thoroughly and respectfully with them, but also fight for Delaware,” he told me. Finally, he has a global role on behalf of his state and the Senate. He recently spoke with British and French Ambassadors, for example, to discuss business interests in the state and the relationship between those countries and the U.S.

GOVERNING DURING A PANDEMIC

For several weeks last spring, the Senate stopped meeting at the U.S. Capitol because of the coronavirus pandemic. “Once the Senate went back into session," Coons said, “I had the challenge of safely commuting back and forth to Washington. I’ve been tested a number of times.”

Coons is now running for re-election. Much of his campaign’s outreach has been online due to the pandemic. Several volunteers are pitching in to help, including college students. “They’ve really helped us up our game in terms of digital outreach and social media,” Coons said.

Coons misses the interactions he once had with voters. “This is the first time in my political life, in 20 years, that I haven’t gone door-knocking," he said. “I really miss that direct contact of standing at someone’s door and saying, ‘Hi, I’m your Senator, and I’m interested in what your concerns are and how I can improve my work on your behalf.’”

ISSUES BEFORE THE SENATE

A key responsibility of the Senate is to approve a president's Supreme Court nominees. After the death of Justice Ruth Bader Ginsburg in September, President Donald Trump nominated Amy Coney Barrett to fill the court vacancy. Coons and other Democratic Senators, as well as a few Republican lawmakers, wanted the president to delay his choice until after the election.

“My hope is that we will take some time to just reflect on Ginsburg’s legacy,” Coons said. “She was, despite her diminutive stature, a towering giant in American law. She is someone who saw clearly the ways in which gender discrimination and gender inequality were baked into the American political and legal systems and needed to be challenged.”

If you want your voice to be heard on issues affecting the country, you shouldn’t be afraid to reach out to your Senator, Coons advised. “I pay attention to the number of letters and emails and input I get, regardless of the age of the person,” he said.

Expressing your views helps politicians become aware of issues that will matter in the years ahead. “Some of the most influential voices in our own lives are our own children,” Coons said. “How they see the world and what their values are has an enormous influence.”