Can the President Do That?

Can the President Do That?

So, do you know what the president can and cannot do? Take our quiz to find out.

The president is often called the most powerful person in the country, and for good reason. The president has many roles. These include being the commander in chief of one of the world’s strongest armies and acting as the head of state. But despite having all this power, the president cannot do anything he or she wants. There are many checks and balances in place to prevent the executive branch of the government from becoming too powerful.

So, do you know what the president can and cannot do? Take our quiz to find out.

Every new law begins as a bill in Congress. Can the president stop a bill he doesn’t like from becoming law?

A. veto the bill

C. nothing: The president must sign the bill because Congress approved it.

Only Congress has the power to make or revise laws, but the president can influence legislation in a few ways. One of the most powerful ways is the veto—the power to refuse to approve a bill.

Can the president spend the government’s money?

How can the president collect money to fund the federal government?

No! The president comes up with a proposed budget, or a suggested plan for how he would like federal money to be spent. But he cannot spend that money directly. Congress has “the power of the purse.” That means it can collect taxes and borrow money—and it is in charge of how to spend the government’s funds.

A. by collecting taxes

B. by borrowing money from other countries

D. none of the above

The president cannot collect taxes or borrow money directly for the federal government. Congress is in charge of that. However, the president is involved in creating the federal budget, which suggests how federal money should be spent.

Each year, the president submits a budget proposal to Congress. This budget is what keeps all federal agencies—including the military, the National Park Service, and many others—open and running. After receiving the president’s proposal, Congress adds its own priorities, and sometimes changes the president’s suggested budget completely. Congress then submits its plan to the president, who approves or rejects it.

Can the president declare war on another country?

True or false: The president is responsible for declaring war on another country.

US ARMY/AFP via Getty Images

No! Only Congress can declare war. But as the commander in chief, the president is in charge of the U.S. military. That means the president can deploy troops, or send them somewhere for military action. He can also launch military operations and form military policy.

This is false. As commander in chief, the president is the head of the U.S. military and can authorize the deployment of troops, launch military operations, and create military policy. But

the Constitution grants Congress the sole power to declare war, which it has done on 11 different occasions. The last time Congress declared war on another country was during World War II.

That doesn’t mean that the United States has not been involved in armed conflicts since World War II, however. Congress is also responsible for approving resolutions authorizing military force against other countries, often resulting in “undeclared wars,” such as the war in Iraq (2003-2011).

Does the president have the final say in who serves on the Supreme Court?

Fred Schilling, Collection of the Supreme Court of the United States

A. fill the opening immediately with the person of their choice

B. nominate someone to fill the seat, who must be approved by the U.S. Senate

C. approve or reject the person nominated by the U.S. Senate

D. have no say in the person who is chosen to fill the open seat

The Supreme Court is the nine-member court of justices that serves as the ultimate authority on the interpretation of laws in the United States. Supreme Court justices serve for life, which means they will hold their positions until their deaths or until they choose to resign. Appointing a justice to the Supreme Court is a powerful way to influence how laws wil be interpreted for decades to come.

Let’s say a president owned a peanut farm before being elected. Can he continue to own his farm while being president?

Let’s say a president owned a peanut farm before being elected. Can he continue to own his farm while being president?

A president can still own a private business while serving in office. But many experts believe it’s best for the president to put that business into a blind trust. (That’s what President Jimmy Carter did with his family’s peanut farm after he was elected president in 1976.) Under a blind trust, the owner does not know how the business’s resources are managed.

Why? The Constitution says that the president cannot accept presents or payments from the leaders of other countries. This is to prevent the president from being convinced to do special favors for them.

Technically, a president can still own a private business while serving in office, but many experts believe it’s best for the president to put that business into a blind trust. (That’s what President Jimmy Carter did with his family’s peanut farm after he was elected president in 1976.) Under a blind trust, the owner does not know how the business’s assets are managed. 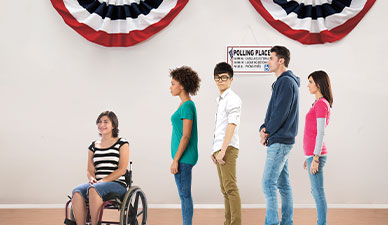 Test Your Election I.Q.
The office of the president of the United States is up for grabs! Every four years, Americans get the chance to choose their leader. How much do you know about the people and the processes that will help elect the next president? Take this quiz to find out! 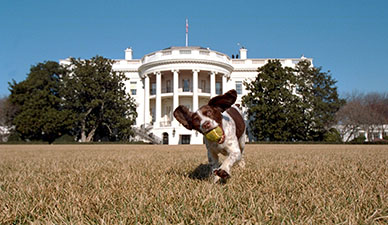 Match the Pet to the President
Adorable. Pesky. Just plain weird. How well do you know the animals that have called the White House home? Test your knowledge with this quiz. 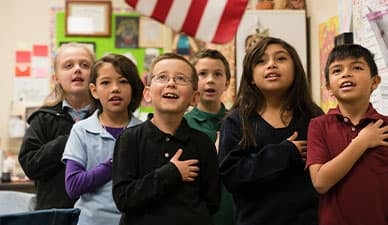 Know Your Rights
Many Americans would say that out of all the freedoms included in the Bill of Rights, the ones in the First Amendment are the most important. Your First Amendment rights are what allow you to be you! How much do you know about them? Take this quiz to find out! 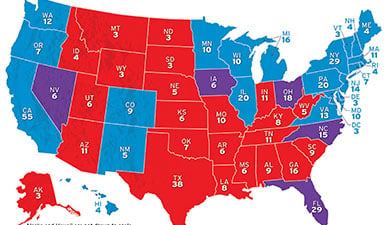 How Does the Electoral College Work?
With Election Day coming, you might be hearing a lot of talk about the Electoral College. It’s an important part of how America picks its president. Take this quiz to see how much you already know about it—and to pick up a few new fun facts! 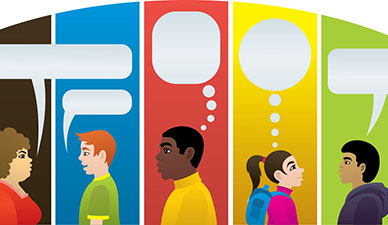 Test Your Election-Year Manners
Talking politics with friends and family can be challenging. But is it possible to keep the peace? Take this quiz to find out how much you know about having (or not having) tricky election-year conversations. 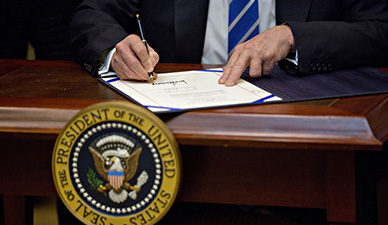 Can the President Do That?
Do you know what the president can and cannot do? Take our quiz to find out.
View More