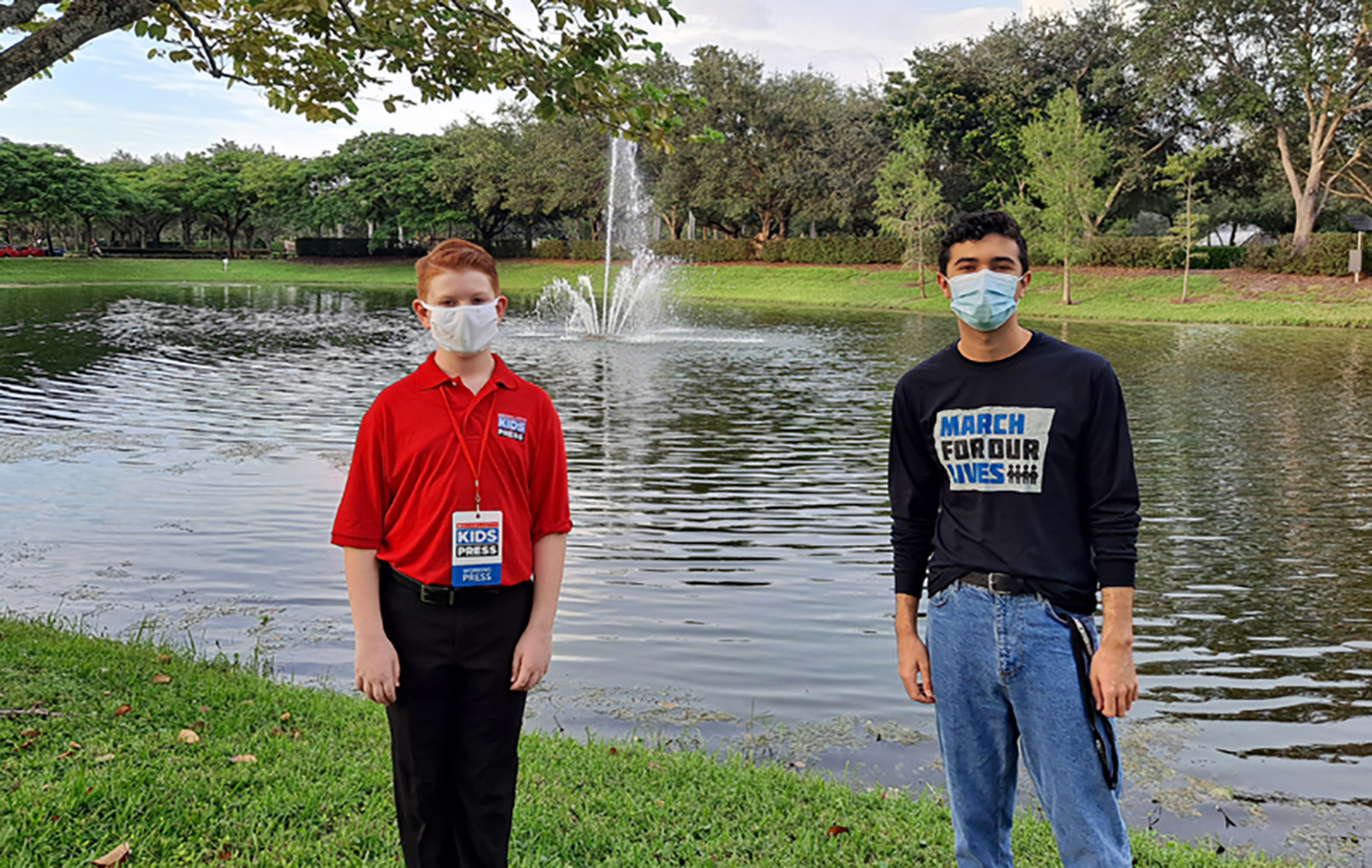 Kids may be too young to vote, but they’re still playing a role in the upcoming election.

As Election Day approaches, many kids are wondering if they can make a difference. Allison Ofstein, 11, of Parkland, Florida, is proof that they can. She has written postcards to registered voters across the United States, encouraging them to cast ballots in the election.

Zakary Smith, 14, of Boynton Beach, has been politically inspired since participating in civics class. “If we start speaking out as kids,” he said, “the habit will continue until we’re old enough to vote.”

Allison and Zakary not alone. Like many kids in my Florida community, they are speaking out about issues that matter to them in the election, including voting.

Becoming politically active, even before you can cast a ballot, is something that student and activist Ryan Servaites, 17, is passionate about. A high school senior in Parkland, Florida, Ryan co-founded March for Our Lives, a student-led group seeking to prevent gun violence.

“We’re an organization comprised of a diverse family of young organizers, activists, and changemakers who want to create a future America free of the gun violence that is prominent today,” Ryan told me during a recent interview via Zoom. Chapters across the country involve students, adults, and local leaders in community activism.

A Man With a Plan

A core goal of March for Our Lives is to strengthen laws so as to prevent gun violence. The process starts at the ballot box, where voters select candidates who will fight for stricter legislation.

Although he is still too young to vote, Ryan created the idea of a family voting plan. In allowing his family to understand his thoughts and opinions, he is represented on their ballots.

“Having a dialogue and really communicating with your family is a great way of feeling like you’re more of a part of that formal voting process,” Ryan said. “It’s a really great way to make sure that your voice is taken into account.”

Voting plans encourage kids to discuss the issues with family members and make everyone feel included. “I took it upon myself to learn how do they feel about this issue, and why, and try to learn something from their opinion,”  Ryan said.

While the Servaites family usually agrees on things, Ryan has also educated his parents. “I’ve changed their opinion on issues,” he said.

“Understanding, planning, and education” are the three main ideas behind the family voting plan. “You’re not just voting for the President of the United States, but also local elections in your area that will affect you directly,” Ryan said.

Informing family members about state deadlines and registration information is the first step to creating a plan. Ryan suggests identifying local polling stations and figuring out the best way for family members to vote, whether it’s early, by mail, or on Election Day.

Last, but not least, Ryan said, is education: “Do research, so you know that when you check that box, or fill in that circle, you really do mean what you’re writing on the ballot.”

Ryan wants kids to know that they’re not too young to make a difference. “The world tries to tell us that we don’t have power just because we’re still learning the ropes,” he said. “It doesn’t mean that you don’t have the power to change your own community, and even change the country.”

A Conversation With Senator Coons
Our Kid Reporter asks the Delaware Senator about our democracy, the pandemic, and elevating kids’ voices.
View More
Text-to-Speech