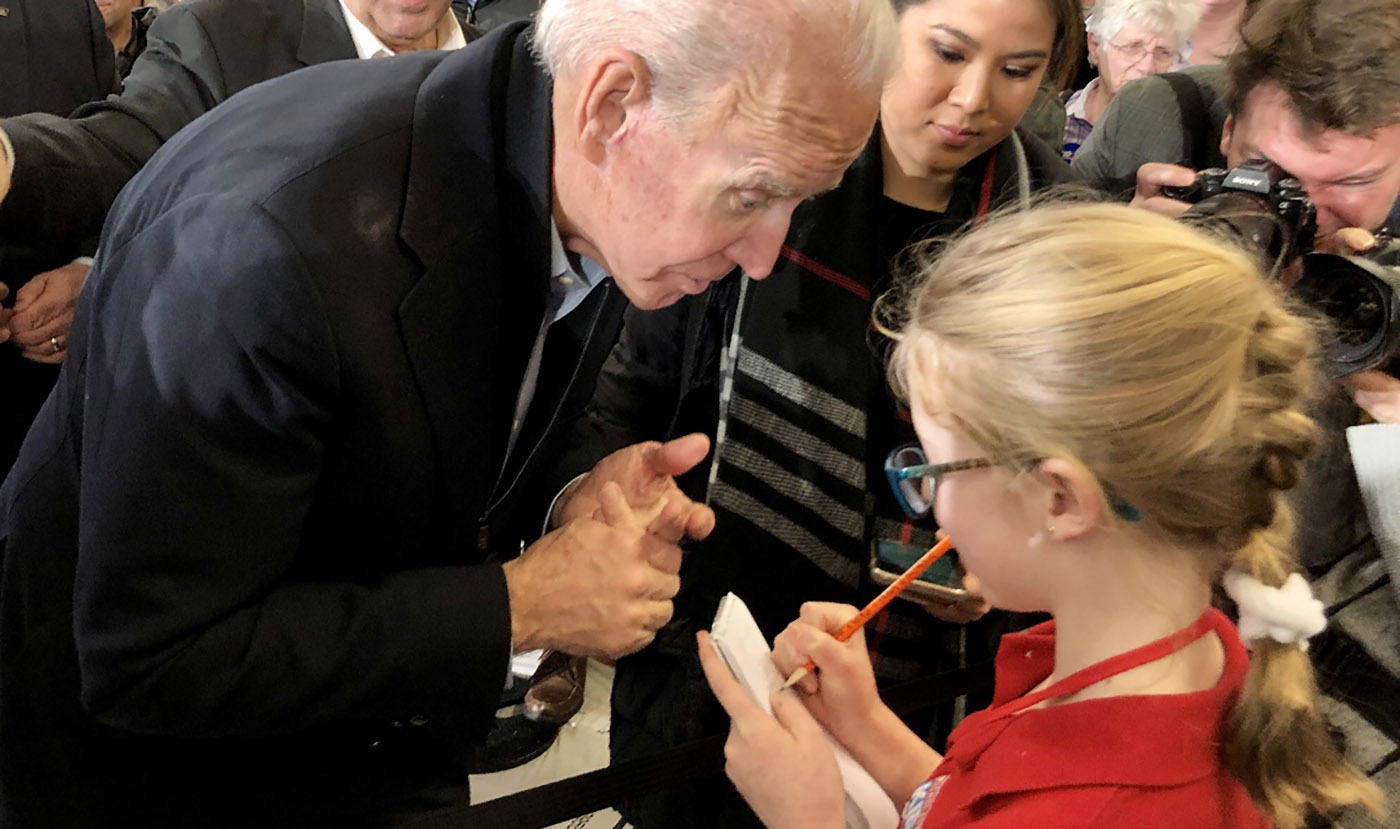 Claire reported on the convention from her home in Massachusetts.

Photo Courtesy of the Author

“One of the most powerful voices we hear in the country today is from our young people,” said former Vice President Joseph R. Biden, who is running for President. “They’re speaking to the inequity and injustice that has grown up in America. Economic injustice. Racial injustice. Environmental injustice. I hear their voices, and if you listen, you can hear them, too.”

Biden addressed a television audience to accept his party’s official nomination for the presidency. Because of the coronavirus pandemic, the Democratic National Convention was held virtually this year. Nearly 25 million people tuned into the four-day event, which began on August 17.

The purpose of a political party’s national convention is to officially nominate its presidential and vice presidential candidates. Biden has chosen United States Senator Kamala Harris of California to be his running mate. She is the first woman of color to run on a major party’s ticket.

A former attorney general, Harris is the daughter of immigrants. Her father came to the U.S. from Jamaica, and her mother was born in India.

“We are united by the fundamental belief that every human being is of infinite worth, deserving of compassion, dignity, and respect,” Harris said upon accepting her party’s nomination. “We rise and fall as one.”

Under Republican President Donald Trump, who is running for re-election, the U.S. is facing a deadly coronavirus pandemic. The virus, which has affected Black and brown Americans disproportionately, has altered nearly every aspect of life. Tens of millions of workers are unemployed, and many students will not be able to attend school in-person this fall because of safety concerns.

Biden represented Delaware in the U.S. Senate for 36 years and served as Vice President under President Barack Obama from 2009 until 2017. Can Biden defeat Trump and be the country’s next President? His victory will hinge on turnout among Black Americans and young people.

During the convention, Jennifer Hudson, John Legend, Billie Eilish, and other performers helped make the case for Biden. Even NBA star Stephen Curry and his family pledged to vote Democratic. “We can’t sit this one out,” Eilish said. “Vote like our lives and the world depend on it, because they do.”

With the job of unifying the party behind them, Democrats now seek to unify the country. “In times as challenging as these,” Biden said, “I believe that there is only one way forward, as a united America.”